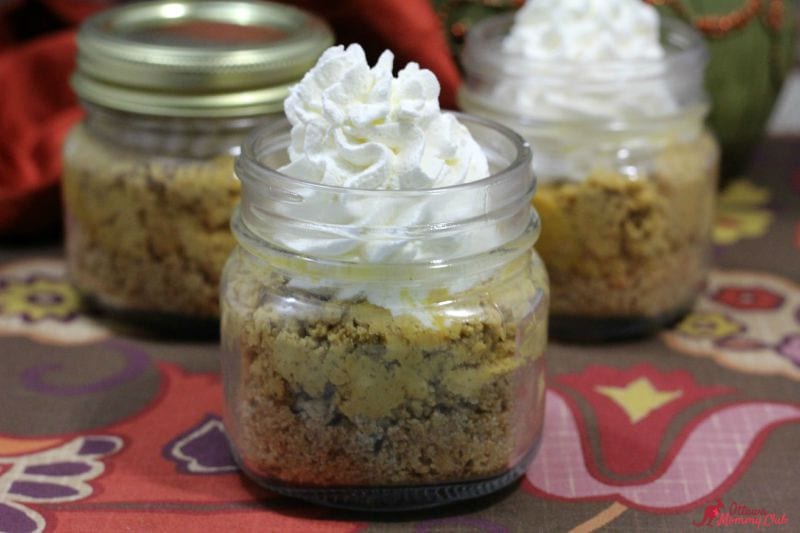 Pumpkins make delicious fall recipes! They are even better when it’s so easy to prepare and made ready to serve in a Mason jar. This recipe is ideal for a special dessert served with whipped cream to friends or your family members.

-Store in a jar with a lid to keep fresh. 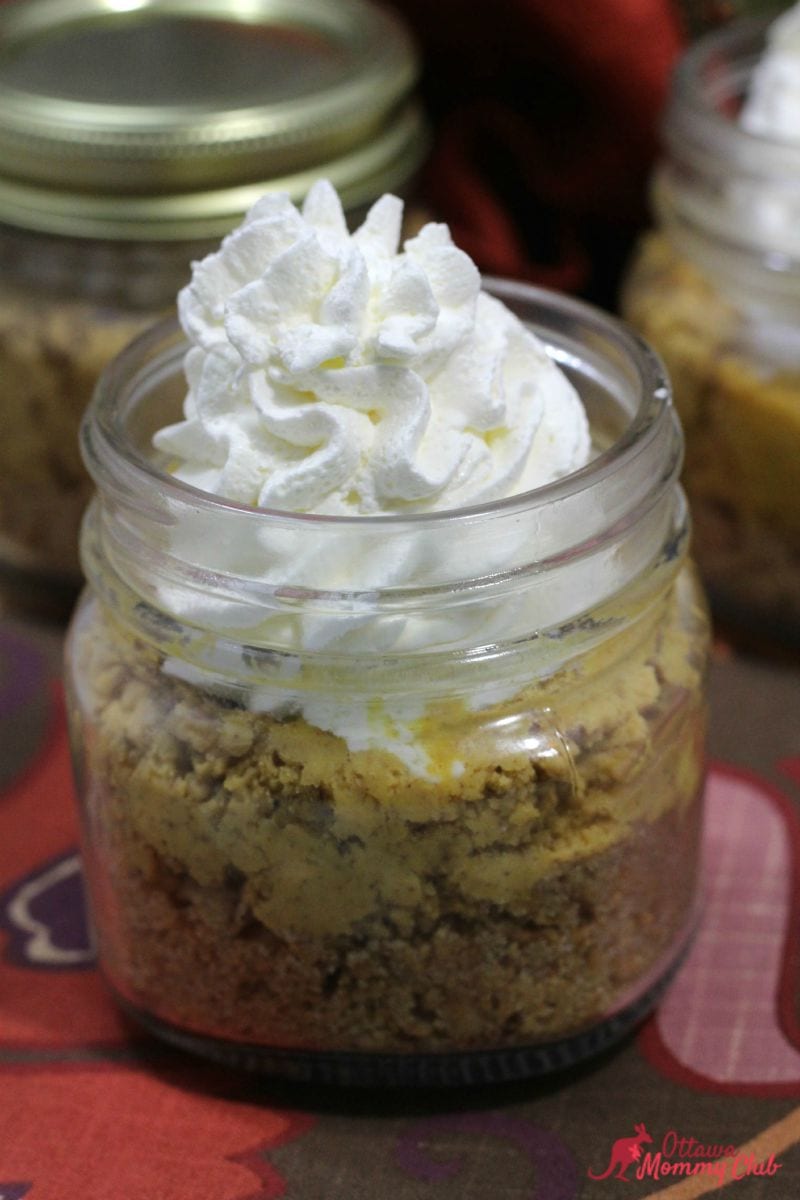 -Break up the graham crackers, put them into a zip lock bag. Using a rolling-pin, roll over the crackers several times until they are crushed.
-Add the pudding mix and spices to a bowl, pour in the milk and whisk until combined.
-Add the pumpkin puree whisking to blend into the pudding, spice and milk mixture.
-Spoon in the thawed Cool Whip until thoroughly combined.
-Place bowl into the refrigerator for about two hours.
-Chill a mixing bowl and beaters in a freezer until chilled.
-Remove from the freezer, pour in the heavy cream. Beat the cream on medium until it begins to form a peak.
-Gradually add in the sugar a little at a time.
-Add the vanilla. Continue to beat until the mixture forms a stiff peak.

Layering in the mason jar:

-First layer the crushed graham cracker crumbs. Spread evenly throughout the bottom of the jar.
-Spoon in equal amounts of the pumpkin cream mixture.
-Top with a generous helping of freshly made whip cream.
-Store in the refrigerator until ready to serve. 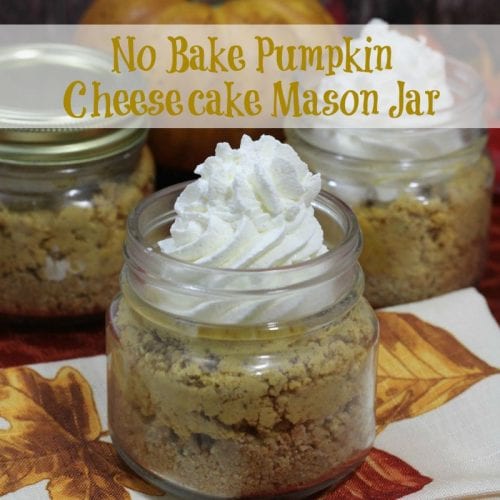 Layering in the mason jar

Container:
Small Mason Jar
Tried this recipe?Let us know how it was!
Previous articleGo Back In Time At Upper Canada Village – Review
Next articleDIY Crayons – A Perfect Craft To Make Together As A Family

Lynehttps://ottawamommyclub.ca/
Lyne is a Certified Infant Massage Instructor (CIMI), Certified Professional Wedding Consultant, and an Event Planner. It has always been her dream to create a website dedicated just for Moms since her children were young. Thus, after 10 years, she finally accomplished it, and the Ottawa Mommy Club was born in May 2011. She loves all things Disney and is an avid chocoholic. She was also the Queen B of the BConnected Conference, Canada's Digital Influencer and social media Conference in Ottawa and Toronto.She coordinated the Annual Infant Information Day/Early Years Expo for the City of Ottawa for 8 years. She was also the co-chair of the Navan for Kraft Hockeyville 2009-2011 committee that organized five community events within 6 months, and helped Navan reach the top 10 finalists in Canada. In April 2011, she received the City of Ottawa Mayor's City Builder Award.

Bitten By The Travel Bug

How to Deal with Child Anxiety

Bitten By The Travel Bug

How to Deal with Child Anxiety