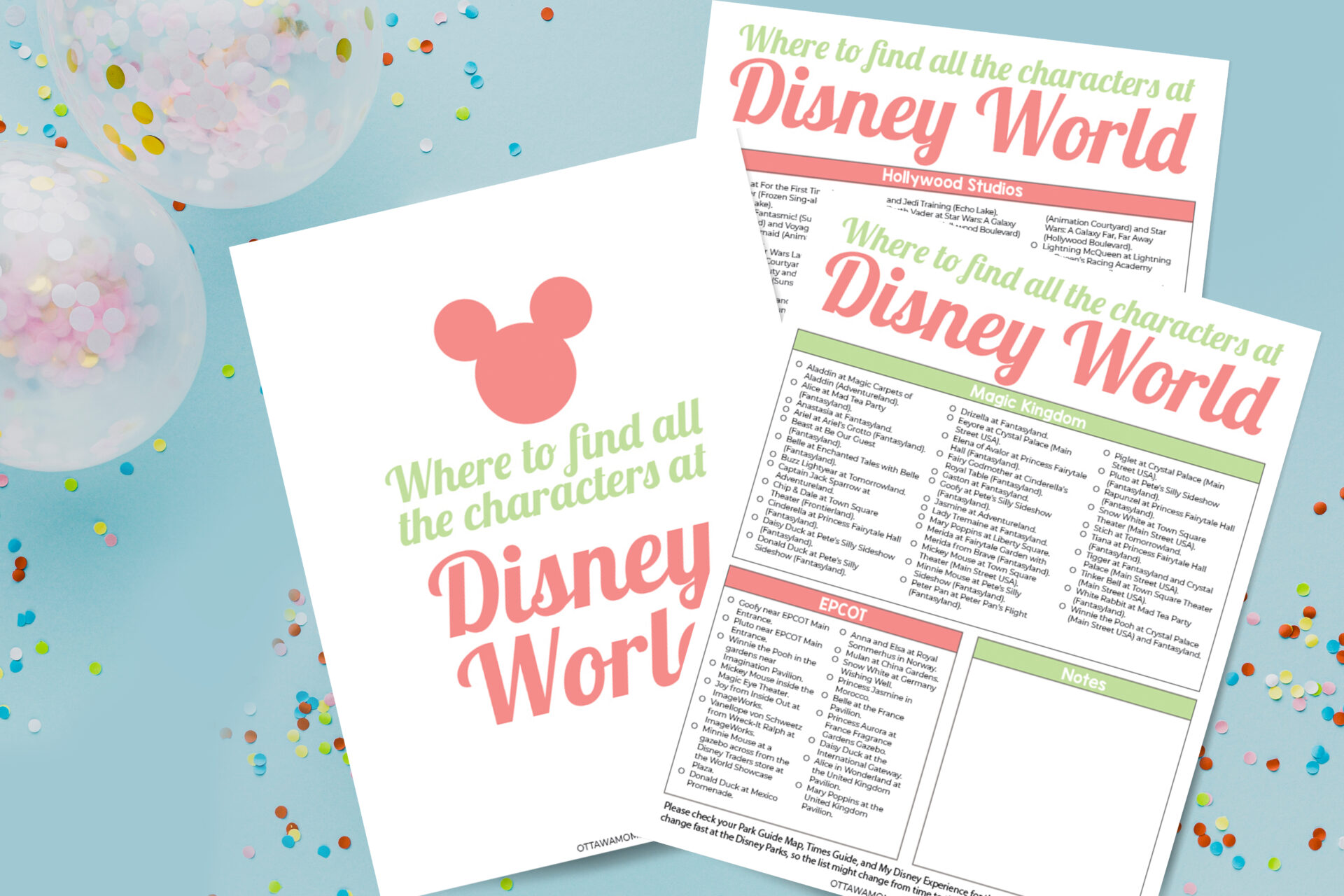 One of the best parts of going to Disney is seeing your favourite characters. Fans of all ages can get excited about a hug or a handshake from their favourite Disney character. One thing has changed from how this used to be done. The Disney characters don’t really wander the park meeting fans at random anymore. Instead, they now have designated meet-and-greets. You will find below a printable to view where to find characters at Disney World!

Some of these Disney character locations include:

Chances are, these events are going to be very popular and getting a Disney photo opportunity with your favourite Disney character might be difficult, or require standing in a very long line. What are some ways to find characters without fighting the crowds? This printable list of where to meet characters at Disney World will come in handy!

Here’s where to find the best Disney characters:

If you are looking for more Disney printables, you can print these:

Now that you know where to find characters at Disney World, you can plan it into your trip. Be ready to meet your favourite Disney characters and get photos to capture the memories!

Keeping Pests Out of Your Summer Garden