August 28, 2014
by Beyond Seeing with Courtney
Facebook5PinterestSMSYummlyShare
5
SHARES

How to Peel Potatoes Really Fast!

So I don’t know about you, but I’m always looking for new kitchen hacks to try that will help save time. Lately I’ve been seeing this post on Facebook, on how to peel potatoes really fast.

If you’re anything like me, you find that task extremely annoying. I don’t know if it’s because of my vision or what, but I’d honestly go without potatoes if I could. Unfortunately,  it’s like a staple in this house hold. I won’t lie, sometimes I buy the instant and try to pass it off as mashed just because I hate peeling the potatoes so much!

Well, this Facebook sensation post claimed you can easily peel potatoes in seconds! So here we go! We’ll give it a try.

Then just cut them up or throw them back in whole, into the boiling water again until cooked!  HOLY COW IT WORKED!

It’s definitely not rocket science but man, it is so easy. This is defiantly how I cook and peel my potatoes now! For me, it really took all the nuisance and hassle out of it.

Being visually impaired, and a mom in general, I love finding things that just help me do things a bit better. It may not be for you, but it’s a fun and easier way for me to get a huge pot of potatoes done a lot quicker.

Are there any other little kitchen hacks out there that you’ve tried? If so send them on my way! 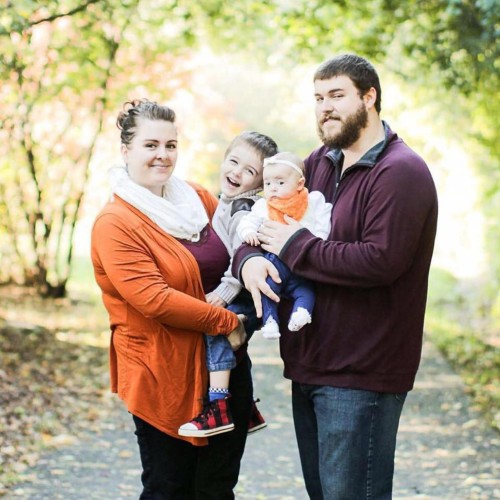 Beyond Seeing with Courtneyhttps://www.facebook.com/BeyondSeeingWithCourtney
A number of years ago I went blind, and as a result found out I had Multiple Sclerosis. After my diagnosis, I attended a new high school for the visually impaired. That is where I met the love of my life, my husband Dylan. Dylan helped me get through becoming blind and find joy in life again. Shortly after graduating, we moved to Ottawa together and in December of 2011, we were married. A year later we welcomed our beautiful son Marshall to the world. In 2015, after two miscarriages we welcomed our beautiful rainbow baby Charlotte into the world. It hasn't been easy adjusting to being blind and living with M.S on a daily basis , and being a mom of two on top of everything. Life has been... lets say challenging! But oh so worth it!