My daughter started Senior Kindergarten this Fall. Or, more specifically, because she goes to a French school: jardin. I remember the nerves when she started in French school. My nerves – as the English-speaking parent.

My husband is French, and we’d made the decision from birth to raise bilingual children and send both our girls to French school because, as they say:

You learn French. You catch English.

Even in Ottawa, with a large French population, that’s true. And it’s particularly true in a family like ours that is half English and half French, with the extended French half living out-of-town.

I even have a high school certificate (go Hillcrest Hawks!) and Public Service Second Language Test scores to prove it.

But despite that, until I married into a French family, I was rarely called on to use it.

So when I was, I was nervous.

Generally, I did fine.

But there are the moments that stick out:

While I’m now at ease speaking with my in-laws and reading to my kids in French, despite French Immersion since I was four-years-old and a concerted and consistent effort to maintain my French language skills, the nerves never completely went away.

And that’s why, in addition to my husband’s strong feelings about sending our children to French school, I was completely on board. I watch my husband, and other bilingual Francophones I know, switch seamlessly and seemingly effortlessly between English and French. That is a gift I want to give my children.

So like last year, I put my nerves aside and embrace another year communicating, mostly in writing via the agenda, with my daughter’s school in my second language. I suspect they are at times forgiving of, or humoured by, some of my rushed morning message errors. But they don’t circle them, which helps. And they are very welcoming and encouraging and, I believe, genuinely appreciative of the effort to support the French only environment at the school.

Because, like so many things once you become a parent, it really isn’t about you anymore. My role? It’s to support my daughter and her school’s learning environment as best I can. So that’s what I’ll do. And if my French benefits from the practice? All the better.

This is my first post here about (trying to) raise our kids to be fluently bilingual in English and French. I hope to write some more posts as to our specific experiences to date: early efforts, play groups, preschool and encouraging family to help. My children are only four and two, so we are at early stages yet and I’d love to hear from others further along in this experience. 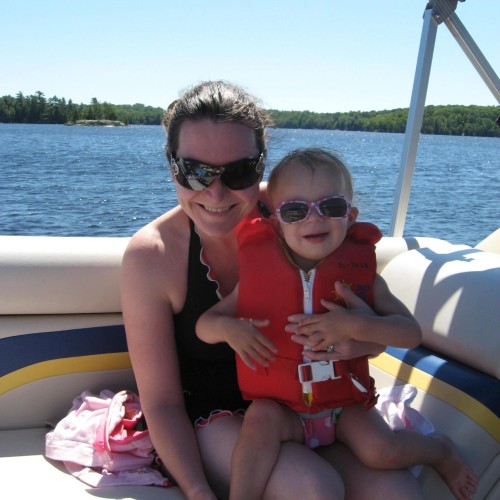 Louisehttp://babygatesdown.wordpress.com
Louise lives in Alta Vista with her husband and their two daughters: ages four and two. She works full-time for the Federal Government. She's a former competitive swimmer, enjoys running for fitness, is trying to enjoy cooking and is actively involved in the Carleton University Alumni Association. She likes to write, so: blog hobby. You can visit her blog at http://babygatesdown.wordpress.com.

8 Best Cities to Visit in Belgium

Find Everything You’ll Need At A Trade Show For Moms

Looking To Shed Holiday Pounds? Eggs Are A Quick And Healthy Solution!