I am always impr 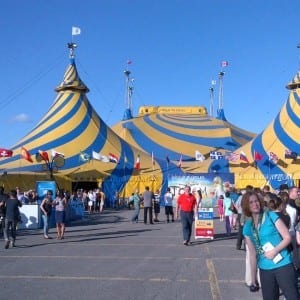 essed with Cirque du Soleil, not necessarily for the show itself, but because their venue is always filled with colourful characters and unique souvenirs that are nothing short of art themselves. There is nothing grander than attending a circus in a big top tent filled with antique popcorn makers, trunks and handmade costume masks. The mood inside the “Grand Chapiteau” was filled with excited anticipation on opening night of Cirque du Soleil’s Totem and the show did not disappoint!

An eclectic mix of arts, entertainment, athleticism, and humour, Cirque du Soleil’s Totem creatively tells the story of mankind from the planet’s amphibian beginnings to the men in monkey suits that humans have become. Like all Cirque du Soleil shows, Totem is so much more than colourful costumes set alongside an impressive set and catchy musical backdrop. It is a story brought to life by the jaw-dropping talents of the show’s performers. Each act will not only have you questioning 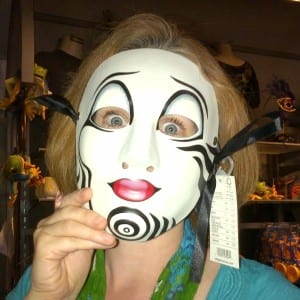 how someone can ride a unicycle while balancing and catching bowls on their head, but will also have you questioning when we became such an amazing species.

Totem’s storyline seamlessly travels between science and truth and explores the ties between humans and other species; all the while demonstrating mankind’s desire to dream and experiment with our limitations and potential.

The acts were all unique and impressive, but for me the most memorable act was that of the crystal ladies. They emerge wearing sparkling costumes and effortlessly put on on a dazzling show in which they spin and juggle cloth squares on their feet and hands at high-speed all the while lying on their backs. They flawlessly toss and catch each other’s squares while maintaining the high-speed spinning as well as their own balance. Their act was just one of many that demonstrate the strength, hard work and talent of each performer. 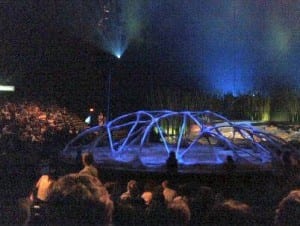 note to the expected athleticism of any Cirque show was the crass Pippo Crotti. His audience antics before the show started had the crowd instantly fall in love with him, and his several comic appearances throughout the show were always greeted with smiles and laughter. Pippo proves there is something for everyone in Totem. Unlike some of Cirque du Soleil’s more complex shows, older children would also appreciate the show’s talents and storyline (they even have booster seats available for children).

Totem has become my new favourite Cirque du Soleil show. I think I said “wow” at least a dozen times throughout the night, 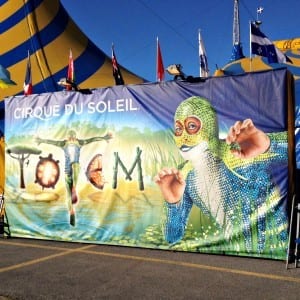 whether it was because of the man and woman acting out a love story high above the circus floor on a fixed trapeze or because of the wedding ceremony played out while on roller skates on a small round platform shaped like a drum – every act had me holding my breath in awe.

Cirque du Soleil’s Totem runs until August 4, 2013 under the big top beside the Canadian Tire Centre. For more information on the show or to purchase tickets visit: http://www.cirquedusoleil.com/en/shows/totem

Although the history of Valentine's Day is not clear, it has become just one of the most well-liked season amongst enthusiasts and also florists....
Read more
Family

We live in a world full of narcissists and self-obsessed people! They’re no denying it, and in such a world where sometimes kindness is...
Read more
Family

How To Save Money On Groceries By Planning Ahead

It's easy to go over budget when grocery shopping! You need to figure out how to save money on groceries by planning ahead. These...
Read more

How To Store All Of Your Winter Items

How To Store All Of Your Winter Items

To be updated with all the latest news, offers and special announcements.