May 12, 2018
by The Pensive Mama
FacebookPinterestSMSYummlyShare

The Ottawa Children’s Festival is an event Ottawa families wait all year for and in it’s 33rd year, this year was no different; except that this year I was offered an opportunity to see a performance I may not have otherwise seen – and it was exceptional! I was asked by Ottawa Mommy Club to attend a performance put on by Machine de Cirque – a group of five guys from Quebec who mix acrobatics, theatrics, and comedy to put on a show suitable for every age – and did they ever!

Full of family-geared activities with photo booths, food trucks, hands-on exhibits and so much more, one of the best parts of the Children’s Festival is that it “promot[es] the arts as an integral part of children’s education; strives to present work that excites and challenges audiences of all ages; and prides itself on developing and producing award winning programming that comes from across Canada and around the world (OFC website).” Having never actually attended before, the principle behind this festival intrigued me as someone who has an invested interest in the arts.

Looking through the show lineups (which you can see here), the Machine De Cirque isn’t something I would have thought my son, or even myself, would enjoy which is why I really love doing these reviews – I am given an opportunity to do something I may not otherwise have done!

According to the website for Machine De Cirque, the idea behind the show is 5 guys who are stranded post-apocalypse and have to find different ways to survive. But it’s so much more than that. It’s 5 seemingly socially-awkward guys who have talents beyond what any human should have. The show transitions between astounding to creepy to strange to completely random to marvelously hilarious. Although the guys rarely speak at all, their facial expressions, perfectly timed reactions and body language let the audience know exactly what they’re thinking at any given time. It’s obvious that these guys are very good friends outside of the show as it comes out very often throughout – especially when one of them makes a small mistake and it takes everything in them not to crack up.

Additionally, their silly sounds and antics, as well as their crazy circus tricks make this show enjoyable and intriguing for the children while the adult-appropriate jokes sneacked in make the moms and dads howl with laughter…and then…there’s the towel scene. The moms will appreciate this one!

Here are some of the highlights from this incredible show:

All in all, the show was great. It was a modern twist on the traditional circus performance with some sweet elements and perfectly-timed hilarity. I would definitely go see this again in the future and would recommend for anyone I know to bring their children (and wives) to see this show. You can get more information about Machine de Cirque here.

In additional to this amazing show, there are a few others that may be of interest to you while the Ottawa Children’s Festival is in full swing, including Fred Penner (who I am hoping to go see on Sunday!)

The Ottawa Children’s festival takes place from May 11 to 15th at Lebreton Flats and is chalk full of entertainment and activities to keep you and your family busy all day. Plus, don’t miss The Mobile Archery Booth and The Mad Hatter Tea Party!

Check out the OCF’s website for more information on available shows and activities. You definitely don’t want to miss out on this! 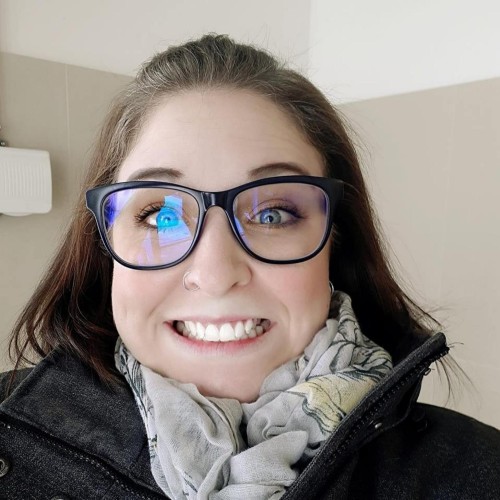 The Pensive Mamahttp://www.thepensivemama.com
Samantha McKeag is a mommy, wife, volunteer coordinator, freelance writer, and author. With a 6-year-old and multiple businesses, as well as a full time job, her daily struggles to be a good mom, a good wife, a good employee, a productive member of her community, and an entrepreneur can make for some pretty tough days, but she wouldn't trade it for the world! Samantha's biggest joy, however, is sharing her hurdles, struggles, and triumphs with other mommies and wives who may be able to benefit from her experiences. She enjoys connecting with her local community and finding different ways to help those around her.

Fun in the Summer Sun at Calypso Theme Waterpark

5 Younger-Looking Food Supplements for The Skin