Entertainment For All Ages at the Ottawa International Children’s Festival

Inspiring. Whimsical. Thought-provoking. Fun. These were just some of the experiences my eldest daughter and I shared while attending the opening evening at the Ottawa International Children’s Festival (OICF). For the past 29 years, this Festival celebrates the best in live performance arts aimed at children age 4-15. 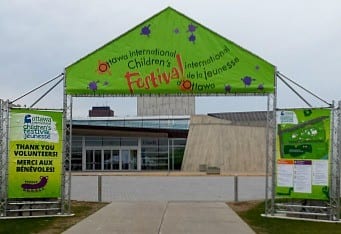 The Festival focuses on improving school curriculum and promoting the arts as an important part of learning, looks to excite and challenge its audiences, and it takes pride in creating award winning programming both in Canada and around the world. The Festival also offers an array of creative workshops and onsite activities in order to further enhance learning through the arts to children and adults.

My daughter and I went to the OICF to see the non-verbal physical theatre performance of Frogz by the Imago Theatre Company. Frogz uses intriguing acrobatics along with interesting mime work in charming and humorous vignettes in order to inspire and entertain its audiences all over the world.

While waiting outside the tent where Frogz was going to be held, we had an amusing encounter with a creature from the past. A dinosaur came out to play with children and adults a like. It was one of the puppets from ERTH ‘s Dinosaur Zoo, also performing at OICF. Not only did the dinosaur look realistic, it sounded a bit ferocious, too. This pre-historic playmate was also stealthy and cheeky, too. It seemed as though it was hunting all of its admirers. It kept the kids happy and us parents laughing with all of its antics.

From when they took the stage until the lights came up in our tent, the performers of Frogz had my daughter and I intrigued and amused at the various vignettes played before us by the Imago Theatre Company that featured animals and objects.  Some of our favourite vignettes were ones that involved a paper bag, penguins playing Musical Chairs and, of course, the Frogz.  They even interacted with the audience on a few occasions! You could tell the performers took great pride in their craft as they mimicked the animals and objects they were portraying with such precision. It was a great delight to watch!

After the performance, OICF invited the audience to a reception to celebrate OICF’s opening night.  If you just wanted to snack on something, the organizers arranged snacking cups with various different kinds of treats, along with your choice of bottled water or Oasis juice. Drinks for the big kids like me were also served! 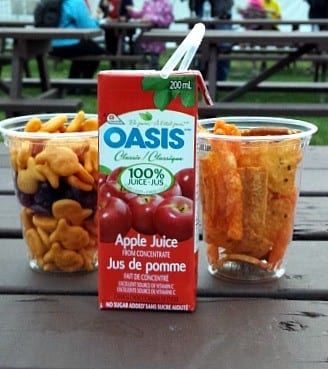 Detroit Soul Food was also on hand to let revelers sample some of their American-style soul food they create at their restaurant that opened just four short months ago here in Ottawa. We went back to their part of the reception tent a few times to try everything they had to offer. My daughter tried one of their specialties, a chicken waffle stick, for the first time. She was hesitant to eat it at first, but after she took her first bite, she was hooked! I have a feeling we’ll be making a trip to their restaurant in the near future.

On top of everything else, they served cake! They had a vanilla and a chocolate one for kids of all ages to eat. 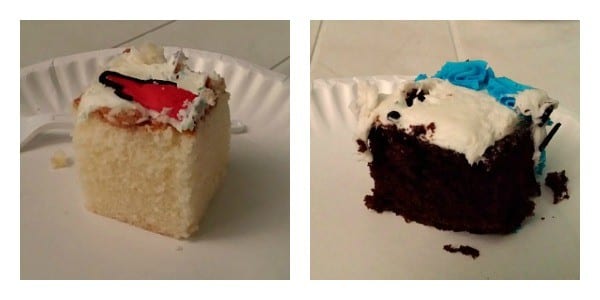 The performers of Frogz joined the celebration.  I saw some of them a few times in some of the line-ups, but I did not want to bother them right after their performance. Once they were sitting down at a table near our inside the reception tent, I mustered up some courage and went over to speak to three of them. They were really nice, and showed me both their fun and playful sides. 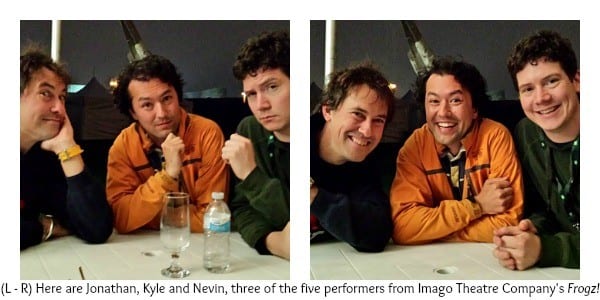 My daughter and I had an amazing evening at the Ottawa International Children’s Festival! We laughed, we were amazed, and we were thoroughly entertained while we were there. It is an experience my daughter and I  will not  soon forget!

How To Encourage Children To Garden

How To Encourage Children To Garden