Kids and Structured Activities — How Much is TOO Much?

My daughter Mary participates in more activities than I do. Over her lifespan, she’s completed multiple sessions of Monkey Rock, swimming and gymnastics. She has also benefited from semi-regular attendance of library programs and Brinkeetos. While I was on maternity leave, we both looked forward to weekly playgroup. And I am probably even forgetting a few things…

Somehow, I’ve become the mom that over-schedules her kid and lives to regret it. Mary seems to be having a blast, but Mommy is wondering where the weekend went.*  Sundays (which should really be legally enforced as a day of rest for everyone) are all Mary now. In the morning, I take her to gymnastics, where she runs and tumbles with her friend Liam. At just two-years-old, Mary is one of the youngest in the class and doesn’t always follow instructions. Last week, her teacher called her a “little troublemaker” when she ran off and interrupted some of the older kids during their routines. He was joking.  I am pretty sure anyway…

We don’t often last the full hour of gymnastics—though Liam will usually listen and hold out for the reward of a sticker from the teacher, Mary isn’t so easily bought. She wants to run, explore and join the older kids. Inevitably, all the running off, mixed with sporadic attempts at the routines the teacher has laid out for her cause her to tire out. A few times she’s simply stretched out on the ground or a mat and said she was “going to sleep”. So, usually I pack her up and she happily heads home for lunch about 20 minutes before the class ends.

We go home for lunch, she has a nap and then it’s time to gear up for swimming lessons. Swimming lessons seem to be a favourite. She wants to put her bathing suit on at least an hour in advance. But swimming lessons follow a similar rhythm—she wants to do her “own thing” rather than demonstrate a variety of skills in the order the teacher asks her for them. Last week, she insisted on doing things “all by herself” and surprised me by tucking her floaties under her arms and swimming over to the instructor. Unfortunately, his back was turned and he missed her attempt to show off for him.

Later though, he did see her screaming at the top of her lungs while she tried to scale the side of the pool in an attempt to get out and to the slide. So, he promptly brought the whole class to the next station —where the slide was. I didn’t know if I should be mortified or grateful. When we got to that location, I did let Mary use the slide, but only after she practiced her “kicks” —what she’d refused to do while trying to escape the big pool.

So, what are kid’s activities supposed to be like? What is the purpose for parent and child? Are these activities and the strict rules and expectations too much for a 2-year-old?

Does my daughter rebel because of an early distaste for authority, or just because she can?

I view her activities as a fun outing for mother and daughter and an attempt to teach Mary about structure and introduce her to a variety of skills. But maybe that’s a rosy-coloured view of the real situation—that I sign my daughter up for lots of activities because she does enjoy herself and I am not sure how to spend time with a two-year-old (can I conjure up something equally as interesting for her at home?). Maybe I need to dial back on structured activities and just look for my inner kid.

*P.S. I know there are lots of sports parents who spend all weekend at the arena and/or on the basketball court, soccer field, etc., perhaps they have some tips on keeping a balance?

Previous article
How Is My Child Doing? 5 Questions You Need to Ask Your Child’s Teacher
Next article
Disney Frozen Activity Games and Sheets 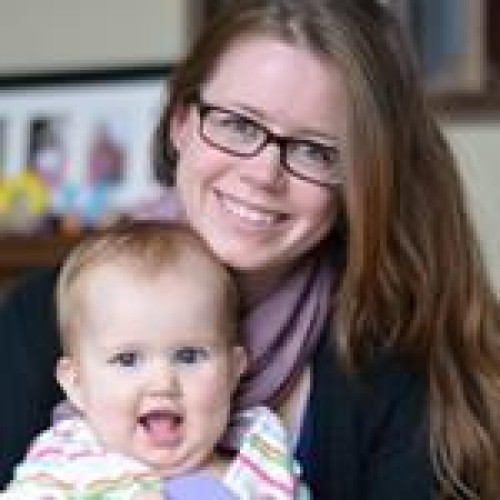 I Tell Storieshttp://samanthaball.ca/
Samantha lives in Stittsville with her husband, Jon, and their daughter, Mary. Samantha works full-time for the federal government and also enjoys writing part-time, including as a writer for Ottawa Parenting Times Magazine. Feel free to check out her website – samanthaball.ca and follow her on Twitter @I_Tell_Stories

How to Save More on Back to School Shopping

Star Wars Land: Everything You Can’t Miss at Galaxy’s Edge