This much I know is true: I’ve been strength training for over fifteen years now and helped hundreds of people get in great shape, the majority of those trainees being women. The majority of them can now rock out pull-ups, pull heavy weight off the floor, and squat more than most guys I know. They eat plenty of protein, healthy fats and crush the occasional pizza or dark chocolate bar without feeling like they need purge or go out for a ten-mile run afterwards.

This much is also true: They’re still feminine. They’re still lean. And their muscles aren’t super hooooge and when fully dressed, no one has ever never told them “you’re too bulky, ewww gross”.

There are many myths regarding females and strength training – too many to count. Yet despite the growing number of women out there slowly converting to lovers of iron and ditching their cardio bunny ways, there are still thousands more women who still believe that strength training is for men only, and that no proper lady would touch anything more than a pretty pink dumbbell.

It hard to blame them though, since the media promotes celebrity trainers touting their 3 lb dumbbell workouts and elliptical fat blasts lasting five hours daily for the optimal level of fat burning and development of those long, lean muscles everyone craves. I mean a set of heavy squats will make your quads explode overnight, right? Celebrities themselves rave about these special fitness methods (since they sell magazines, supplements and their brands) – and we believe them, of course.

Jennifer Aniston is very attractive after all.  She can’t be wrong!

Fallacy #1: Heavy Weights make you look like a man.

Ah, this is the top of all strength training fallacies. And also the most obstinate one that will unfortunately never be completely eradicated.

Women are women simply because they don’t have the right amount of testosterone to help build up muscle mass effectively. In fact women have only about 5% of the biological amount of testosterone that makes us guys, well guys. Testosterone as most of you should know is the predominant male hormone that is responsible for muscle gain and fat loss. The men have about twenty times more testosterone than any woman, which enables men to get much larger muscles.

But, still there are claims stating, when I lifted heavy weights before, I got thicker and fatter! The culprit is very likely due to poor nutrition factors such as increased caloric consumption that came along with the newer high intensity exercise. The culprit isn’t that weight training made you bigger, it’s that you weren’t losing any fat. This is the “big and bulky” look that gives you a ‘coating’ of fat over the muscle that is often mistaken for muscle mass gains. This chases man women away from heavy weight training.

Can you honestly tell me, when you began lifting weights, your caloric consumption was still at a deficit or promoting fat loss?

If you can dial in your nutrition while simultaneously lifting hard in the gym, what will result is a leaner, tighter, stronger version of your former self.

The word “can’t” implies that all females, regardless of how hard they try, are physically incapable of performing a single pull-up. But while it’s true that women tend to have less upper body strength relative to that of males, that doesn’t mean that all is lost. So what do you do when you have a weakness? You work on it to turn that weakness into a strength.

Simply put, the solution to weak(er) upper body strength is to improve it. In the gym, upper body pulling movements will help: think of horizontal pulling motions like (barbell rows, cable rows, inverted rows) as well as pullup variations (band-assisted pullups, negatives and TRX pulls). Additionally, you will need to work on your grip strength as the forearms tend to be a weak link in a lot of pulling motions for women. Try some farmer walks with kettlebells to help increase your grip strength and workout your way up to heavy deadlifts without straps.

And yet again, your nutrition will be a focal point here to, because the lighter your are the easier pull-ups will be (for anyone) as a strength to weight ratio will only go so far. I mean come on, we’ve all seen the 105lb little Asian gymnast knocking out single arm pull-ups like they have a zero gravity suit on. Weight counts extra in bodyweight moves.

Pretty soon, you’ll be banging out not just one rep, but possibly even double-digit reps just like my adopted mom, Tracie Manning. She’s a beast and she’s over forty, although she doesn’t look it.

Fallacy #3: When you work out, fat transforms into muscle.

When you exercise and resistance train your body becomes stressed and you burn calories, while performing those exercises. Depending on the type of exercises that you’re doing your muscles will respond by becoming stronger, more efficient and eventually they may even gain some size.

Body fat however doesn’t turn into muscle, it simply fuels the type of activity you do. Look at body fat like a reserve tank on your car.  If you’re using more calories than your body has to burn in the “main fuel tank” you start tapping into your reserve tank. This happens especially with resistance training that tends to increase the amount of protein turnover and repair processes within the muscles. These processes all require energy, which if you’re not overfilling your “main fuel tank” all the time you’re going to whittle away at that reserve tank and thereby lose excess body fat.

So while it may seem as though fat can turn directly into muscle when you begin training, the truth is likely more along the lines of, you’re losing bodyfat, and adding some muscle mass, which is commonly referred to toning.

Fallacy #4: To lose fat, you need to crank up the cardio.

Take this example, you’re a runner and you typically run 5 miles every other day. When you started this program it was very intense and you were sore for almost a week after you started it. In fact you may have barely made the five miles without stopping.  Again, not a smart exercise choice, but bear with me.

As you’re body adapted to running those 5 miles, it became increasingly more efficient at running, to the point where you could run it in your sleep if you wanted to.  You’ve adapted to running 5 miles and so therefore your body doesn’t have to spend the extra energy to recover. Your muscles, heart and lungs have improved and adapted to become a better 5 mile runner. So what needs to change in order to burn more calories?

Well, you could run faster. You could run longer. You could run every day. Those would help overcome your obstacle for the time being. But what happens once you’ve adapted to those modifications? Remember the body needs to be constantly stimulated with increased demands in order to improve. Cardiovascular training is similar in that the body must always be challenged in order to improve to keep on burning the same amount of calories. Just keep in mind you can only run for so long before breaking down more than you can recover from as well. This is why cardio is not the best way to burn fat.

Rather than the long, slow and steady cardio, try doing intervals or hybrid-weight lifting workouts. These workouts continually challenge the body to perform at higher and higher levels, while keeping your body adapting and burning the maximal amount of calories possible. And the best part, you can do it in half to a quarter of the time it takes to run the distance.

Long distance endurance sports are not inherently bad, it just depends on what you want. Shoot for a good mix of long distance, steady pace exercises 1-2 times a week and then fine tune the rest with 2-5 days of resistance training and 2-3 days of intervals to keep burning the most amount of fat.

Where do we go from here?

If you’ve made it this far you can definitely see that women can lift heavy weights, should a nutritious diet of protein, healthy fats and fibrous vegetables, and perform some serious exercise with great success. And, as long as they can dial in their nutrition, they can absolutely achieve a strong, lean and feminine look without beefing up. 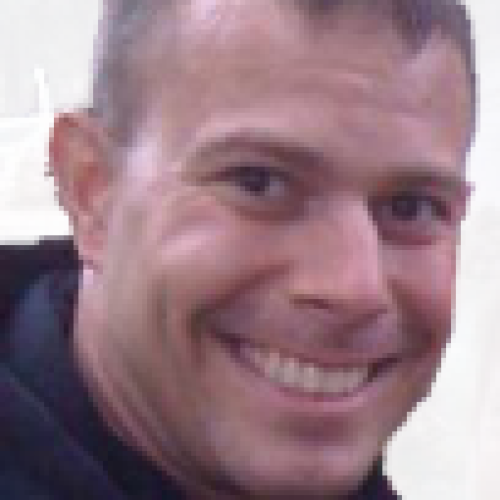 Jess Howland
Jess Howland is a Veteran US Army Captain serving as Master of Youth Awesomeness and Strength Coach for Hostyle Conditioning in Orleans, ON. Jess holds a BS degree in Exercise Science from Oregon State University, Certified Strength and Conditioning Specialist (CSCS), among other training and nutritional certifications. A simple country boy turned lifetime fitness enthusiast and passionate trainer, who inspires everyone he meets to be involved in fitness, strength training and optimal nutrition in support of his personal motto Be Strong, Be Fast, and Be Resilient. Known for his high intensity, hybrid programs and never ending pursuit of fitness endeavors his former colleagues call him by his nickname CAPTAIN SMASH (CPT SMASH) or just SMASH. Jess coaches a wide variety of people as he believes in Hostyle Conditioning’s mission of transforming the ordinary lives of men and women into leading extraordinary lives that are improved through a blend of hybrid strength training and dynamic cardio conditioning. Jess has established himself as a lead trainer in Youth Strength and Conditioning, as well as specialty programming for special populations as military, police/firefighter, nurses and strength sport competitors. As a professional coach, Jess loves what he does to provide purpose, direction and motivation to those who feel that they need help in getting to from A (current fitness level) to B (goal fitness level).