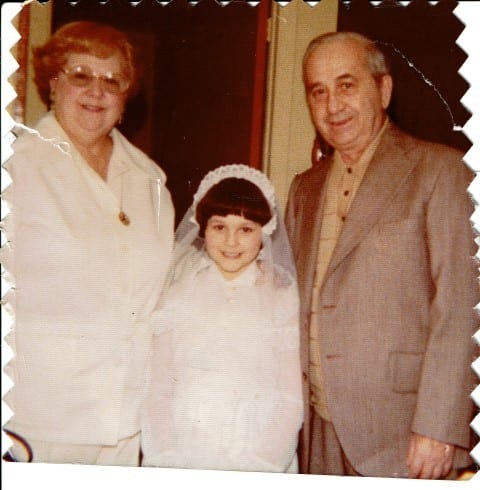 Were you aware that three out of four people know someone living with dementia? I was one of them. I say this because someone close to me had lived with this condition and is no longer with my family. This very special person was my grandfather.

I have so many fond memories of growing up with my grandfather. As a child, he made our time together fun, and I was always happy to see him. After he retired, our family began to realize that there was a change in my grandfather. We began to notice certain issues. He had trouble with his memory. His personality changed from time to time. He made decisions for himself that did not make sense. He was also beginning to have issues with his nervous system.

Once we began to see my grandfather exhibiting these issues, we made sure to have him see a doctor. The diagnosis of dementia was shocking to all of us, but we made sure we found ways to make life better for him. My grandmother had to put him into a retirement home in order to help care for him.

I did not live close to my grandfather, but my husband, kids and I made sure to visit him as often as we could. We would tell him stories and listen to music to try to hold on to him for as long as his memory would let him stay with us. As time went by, it became harder for him to keep his memories of us. It was so difficult to know that we were losing my grandfather so slowly, and it was sad to finally have to say goodbye.

Through my experiences with my grandfather and my own research, I learned that the symptoms of a person developing dementia can occur in many different forms. Here are 11 non-verbal and verbal warning signs that I encourage you to look out for:

*Note: An actual diagnosis of dementia should be done by a medical professional. These are symptoms you should be mindful of to help identify and help people who are or could be living with dementia.

The term dementia carries a lot of negative connotations. If more people understood the facts versus the myths behind dementia, it would help gain more support for the rising number of Canadians living with dementia. Take a look at some of the misunderstandings some people have about this disease:

Dementia Friends Canada is a partnership between the Alzheimer Society of Canada and the Public Health Agency of Canada. Its goal is to bring awareness to dementia and to change the way it is perceived so those touched by dementia can live better lives. One way to do this would be to become a Dementia Friend! These individuals learn more about what living with dementia is actually like and convert this knowledge into actions that can aid those affected by dementia to live better.

Click here to learn more about becoming a Dementia Friend and to begin today!

Disclaimer: This post has been generously sponsored by Dementia Friends Canada, the opinions and language are my own.

Disney Facts that Will Make You Feel Old

How Parents and Students Can Inspire School Spirit