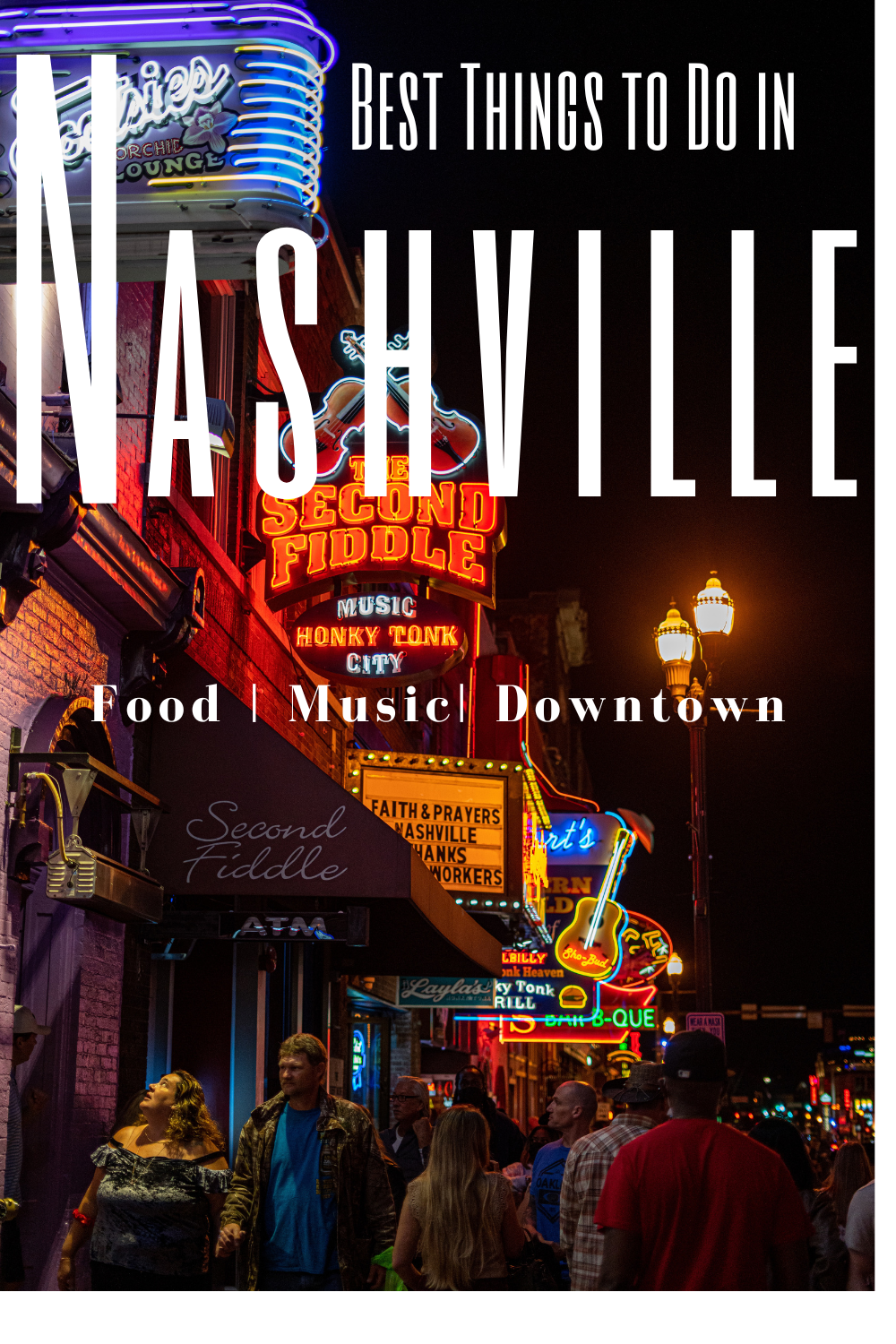 There’s a vibe to Nashville. You can feel it when you get close to the city, whether you’re on the short drive from the airport or on one of the many roads that lead to Music City. Let’s have a look at the best things to do in Nashville, Tennessee!

Remember that Tennessee borders eight other states, so it’s a kind of crossroads. The vibe probably comes from the music population: those who work in the music industry, those who would like to, and those who have become stars, past and present.

On January 1, 1780, James Robertson founded Nashville as Fort Nashborough and now with a population over 1,200,000, the historic city is rocky and hilly, so if you plan to do a lot of walking, wear comfortable shoes. To see all the sites, you will need a car and a GPS or a map. It’s easy to get lost because the streets often change names. Within the city limits, almost any destination is a 15-minute drive away.

One of the best things to do in Nashville is attend a concert or live music; however music isn’t the only attraction, but if you come for the music, you won’t be disappointed. Close to the airport is the Grand Ole Opry in the Gaylord complex. If you stay at the Gaylord Opryland Hotel, you can see the amazing 18-story glass atrium with walking paths that wind through exotic foliage and water features. On the Cumberland River, the General Jackson Showboat offers a cruise that includes dinner and live entertainment.

You’ll be close to downtown when you see a towering building with two antennas poking into the sky, the AT & T Building, dubbed the “Batman” building. Downtown Nashville is a mix of modern high-rises beside buildings that look like they’ve been around since the Civil War. Avenues are numbered off Broadway, the street that runs to the Riverfront.

On 4th, you’ll find the legendary Ryman Auditorium. Check their website for coming shows that include everything from rock and pop to country and bluegrass. The acoustics are great and so are the seats. The Bridgestone Arena, home of the Nashville Predators during the hockey season, is the venue for major concerts. Also in the neighbourhood is the relatively new and beautiful Schermerhorn Symphony Center. A short walk and you’ll come to the Country Music Hall of Fame.

Most popular area in nashville

Lower Broad, as it’s called, is often described as the honky tonk district. These downtown blocks definitely cater to tourists with souvenir shops, bars and restaurants offering a variety of menus. Across the river, you’ll catch a glimpse of the Nissan stadium where the Tennessee Titans play. The State Capitol buildings rise on a hill overlooking downtown.

Walk the streets of MusicRow, if you’d like to see where the record labels, music publishers, and studios do business. This area, while not downtown, is close by. Don’t miss the Musica sculpture at the roundabout leading to the MusicRow.

Live music is literally everywhere. You can check the local listings of who’s playing nightly at the many clubs scattered around the city.

What else besides music? The Frist Art Museum for the Visual Arts and the Parthenon at Centennial Park, canoes or kayaks to rent on the Harpeth River, or east of the airport, Percy Priest Lake along with the home of Andrew Jackson.

What food is nashville known for

Another best thing to do in Nashville is try the delicious southern food! These are just some of the food you need to sample:

There you have it, a list of the best things to do in Nashville, Tennessee! If you are wondering what clothing to pack for your vacation? Nashville remains comfortably warm in the fall and spring. Winters are mild, but summers get very hot and sticky. It’s the best vacation city for music lovers!

How To Avoid Parenting Burnout