When My New House Became My Home 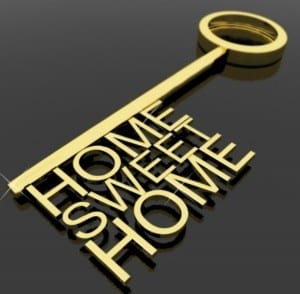 Big Man and I made the mother of all purchases this past December – we bought our first house.

With an active 3-year old and a lifestyle that requires us to be involved in a pile of different projects, we were seriously running out of room.  Our apartment was beautiful – overlooking the canal, centrally located – everything you could ask for.  But we were starting to get on each other’s nerves. So, in a matter of a month and a half, we found a realtor, found a house, packed up our lives and moved.  It was exhilarating – and TERRIFYING.

But now, almost seven months later, we’re adjusted.  We have lots of work to do on the place yet, but it’s ours now – and it’s certainly  more comfortable than it was when we walked in the front door for the first visit (which was pretty darned comfortable, and how we knew this was The One).

We moved December 1st.  The winter was so much easier, having the room for me to work at nights when I needed to, without having to ask Big Man to keep the TV on low. I had Girls’ Night with my friends, and Big Man had Boys Night with his – ON THE SAME NIGHT – and no one tripped over each other (and Little Man slept blissfully in his room, none the wiser).

So, since then, who’s thrived the most?  Is it Big Man, who’s simultaneously stymied and motivated by the work a home requires? Or is it me, who’s still trying to figure out where things should live and confounding everyone by changing things around all the time?  The answer, is neither of us.  The answer is Little Man.  He’s the one who’s thriving the absolute most, by having the space to do what he needs to do.

Little Man now has the elbow room to grow.  He wants to play trains? He goes to his playroom.  He wants to be quiet and hang out? He has his little recliner in the living room. He wants to run around? He has the backyard.

The kicker was last month. The moment I knew we had a true home was on the day before Father’s Day  – we’d decided to celebrate then, because the weather was perfect and the next day was supposed to be rainy.

We got an inflatable pool for Little Man.  Not too huge – but big enough for Little Man and a few other friends, if need be. That was huge – suddenly, going out to get wet to cool off didn’t have to be an OUTING – no packing bags, no remembering snacks, towels, plastic bags for wet clothes.  No car trips. No scrambling for shade.  It was all right there!

Big Man was reading on the deck.  I was BBQing something.  Little Man was splashing away.  I called out to everyone that lunch was being served on the deck – we gathered around the patio table and, laughing and joking away, we had a wonderful lunch.  Then Little Man jumped back in the pool, Big Man went back to his book.  And I sat on the deck.

And I breathed.  Deeply.  The air smelled like sunshine, sunscreen, BBQ and flowers.

And I listened. Deeply.  The air sounded like splashing, play and birds calling out to one another. 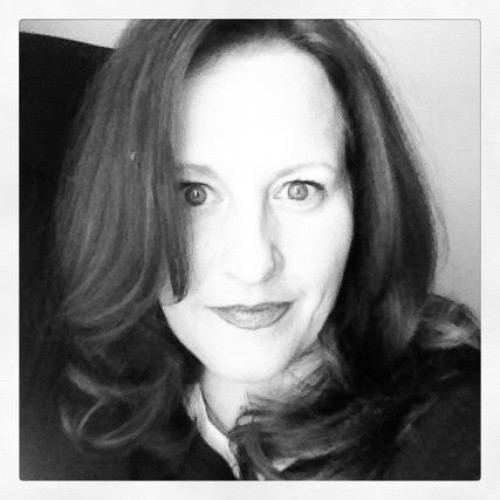 Mommy Hen
Mommy Hen (Lisa) is a mommy to 4-year old “Little Man” and has been married to “Big Man” for 8 years. She also serves as Manager of Communications for Chicken Farmers of Canada, as well as being a Certified Crisis Management Consultant. She is deeply rooted in both professional and community theatre, as well, working as a theatre and music director for various theatre companies across Ottawa and having recently served as Chair of the Ottawa Fringe Festival. Mommy Hen is passionate about giving her family healthy, nutritious meals – quite a feat with a fussy son and a husband whose tastes have historically been pretty narrow. She’s also passionate about being an involved mom – meaning a constant struggle not to helicopter, but to be available, accessible and supportive of the village of teachers, daycare providers and other professionals that help her son be the best Little Man he can be.

Pay for Your Kid’s Education WITHOUT Breaking the Bank

Kids and Structured Activities — How Much is TOO Much?