My love of camping developed as a slow burn. I initially hated the bugs, the outdoor toilets, or lack of any at all, sleeping on a lumpy tangle of twigs and the general discomfort involved in sleeping outdoors. But as my husband (an avid outdoorsman) and I started to discover some beautiful provincial parks and invested in better, more comfortable camping gear, I slowly developed a real appreciation for the great outdoors and the sense of tranquility that camping can provide. We tried out Glamping at Parc Omega!

However, with the arrival of our son two years ago, I vetoed all camping trips. Although lots of far braver parents than I, take their young children along for the adventure, I just couldn’t imagine our little monster, without the constraints of stair gates and doors, and imagined all sorts of scary scenarios.

But when I heard that one of our favourite attractions in Montebello is Parc Omega, had launched new accommodation in the woods, it seemed to offer a fair compromise.

Parc Omega is a fabulously fun place to drive through while curious animals poke their head in your car for a carrot, or a bite of something else if you are not careful. The park has also developed areas where you can get out of the car and walk around, deer and goats come right up to you and eat from your hand and there are picturesque walking trails to discover. The animals living in the park are all Canadian wildlife; such as deer, raccoons, boars, wolves, bear, moose and bison, as well as farmyard animals.

The Parc Omega lodgings were added in summer 2013, but are certainly a new discovery for us, as much of that time, we were knee deep in dirty diapers and the haze of sleep deprivation, that a new baby brings.

The accommodation options, include the choice of prospector tents which feature bunk beds, Wi tents, or a house on stilts that has 2 bedrooms. We chose the Wi tent, which has a wooden base and a canvas tent in a teepee form. Inside there is a queen sized bed, two singles, a dining room table and chairs and a little shelf you can use as a simple kitchen. Outside there is a dry toilet, where you have to put a shovelful of sawdust on top after you use it-making you feel a bit like a cat using a litter box!

The room is decorated sparsely but in keeping with the natural environment. The table and chairs are wooden and chunky and gave me the magical feeling of being inside the three bears house. There is electricity provided by solar panels and you can even bring some of your own small appliances, such as a coffee maker or toaster, to make this a real home away from home.

Each lot has its own fire pit and our tent was next to a little creek. Despite there being no running water, it certainly felt like a more luxurious experience than traditional camping and even though it rained during our weekend away, we felt like “glampers”.

The most reassuring thing about these accommodations for those with young children, is they have doors that lock and close securely, giving parents some peace of mind that little feet won’t go for a midnight walk and get lost.

Admission to the park

Admission to the park is not included with accommodation fees but you are offered a discount group rate.

Another amazing feature is access to an extended walkway not seen by park goers, which takes you past bear and wolf enclosures-this walkway feels so exclusive, like your own private nature reserve.

Our son spent at least an hour, playing in a muddy puddle with a look of delight on his little face, and this is precisely why I believe children should be taken camping, despite my initial reservations, the chance to see wildlife, interact with the natural elements and gosh darn it- get dirty!

Once we returned home, our little one asked every day, if we could go camping again, and so enamored were we with Glamping at Parc Omega’s camping lite option, that we have already booked our next adventure!

Fiona Tapp, Freelance Writer and Educator, can be reached at www.fionatapp.com 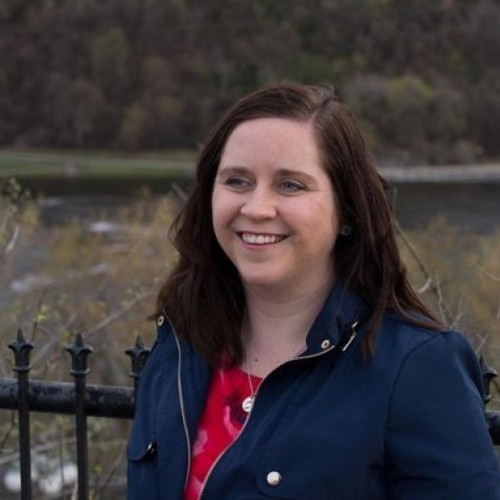 Fiona Tapphttp://www.fionatapp.com/
I’m Fiona Tapp, a Freelance Writer and Educator. I live and work in the city of Ottawa, Canada and originally hail from East London in the United Kingdom. I am an Expert in the field of Pedagogy, a teacher of 13 years and Master’s Degree holder in Education. I write about a variety of topics including parenting, education and travel writing, as well as feminist perspectives and personal opinion pieces. I write articles, essays, business copywriting, Education policies, Government HR documents and commercial web content, as well as fiction and poetry. When I am not writing, I love making playdough cars with my toddler and binge watching new TV shows with my husband.