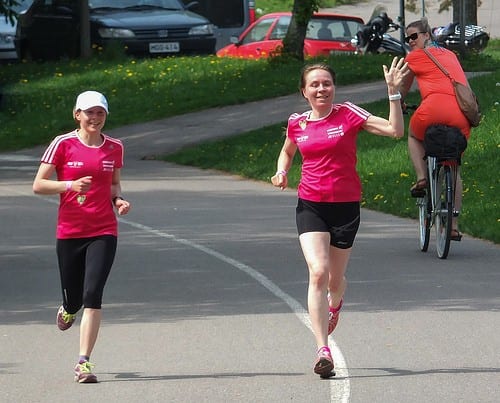 We’ve all heard or been told the benefits exercising and running in particular has on our health, but for most of us it goes right over our heads and it’s always the same excuses “I don’t have time” or “I have to pick the children up from school and who will cook the dinner?”

If that sounds like you, here’s something that you have absolutely no excuse for. First of all, running is an exercise that can be done all year round. If you find yourself stuck in the house, there’s a solution! Home gyms are becoming an increasingly ever-popular trend with more and more people now investing in treadmills for their homes. If this sounds like a good idea to you but you’re not sure where to start, Treadmillreviews are a great resource to help you decide which one’s right for you.

Why is this important?

Studies from the University of Iowa showed that as little as 10 minutes a day of running can not only improve health issues such as cardiovascular diseases and cancer, but also increase life expectancy by up to 3-5 years. Sounds good, right?! This is only one of many benefits exercising has on our bodies. Here are a few more ways that running a few times a week can improve our health:

We all know that one of the greatest benefits of exercising in general is that it keeps you fit and healthy, that’s obvious, and running is one of the most effective ways of doing this. Compared to most other forms of exercise, it’s been proven that running burns the most calories. And it doesn’t just stop there. Once you’re done with your morning jog, something known as “afterburn” begins to happen in your body, and this is the number of calories which are still being burnt off AFTER exercise. The great thing about running is that it doesn’t matter how fast or slow you are going, as long as you are pushing yourself as much as you can you will always reap the benefits from it.

At first thought, running might be the last thing you’d think would make you happy. During, as you’re feeling the burn and soreness making its way through your body, maybe. After however, with hormones endorphins that are released in your body during exercise, you gain a euphoric feeling of not only accomplishment, but also happiness. Some of the best times to go for a run is after a hard, stressful day, or on days where you are feeling down and depressed. Exercise in general has also proven to help people cope with stress and anxiety, and acts as a form of relaxation. A further study conducted in 2012 in the Journal of Adolescent Health proved that “just 30 minutes of running during the week for three weeks boosted sleep quality, mood, and concentration during the day.”

As mentioned above, although running won’t cure illnesses such as cancer, it prevents your chances of attaining the disease. There is a proven correlation that the more regular you exercise, the lower the risk of being diagnosed with cancer and cardiovascular illnesses. Should you already have cancer, running has proven to improve quality of life while undergoing treatments such as chemotherapy.

Staying on the subject of improving our bodies, running has demonstrated that it strengthens important joints and bones, such as our knees in particular. Don’t listen to the warning signs that “running is bad for you knees”, science has proven it’s false. The more regularly you run, the more bone mass and bone density you gain which improves knee health. Running is particularly beneficial for people who suffer from arthritis in their knee joints, and also helps strengthen weak ankles too.

6 Fun Summer Activities For The Family