Just in time for Christmas break from school we were given the gift of learning with Osmo! And we were thrilled about it! To be honest, I didn’t know too much about it, but when I would visit Mastermind Toys when the kids were smaller and first noticed it, it was very intriguing. At that time when I first came across it, my boys were much younger, so I kept it at the back of my head for the future. What great timing with Jax turning six in a matter of days after Christmas! The Genius Starter Kit by Osmo is ideal for him! And now that Osmo has a Little Genius Kit, it’s perfect for Hudson turning four soon after that!

The Genius Starter kit is for ages 6 – 10 but I’m certain we’ll also get use out of it with Hudson who is turning four shortly after Christmas as well. He loves joining in on Jax’s virtual school sessions, so of course he wants to take part in this too!

The Osmo systems are compatible with both iPad or Fire tablets. When you unbox your Genius starter kit you’ll discover: a base to connect your device with a little camera that is placed at the top of your device along with all the pieces needed for your included games which all come in super handy wonderfully organized containers that are stackable. They contain tangram pieces, number tiles, and letter tiles for various games.

Setting Up Your Genius Starter Kit By Osmo

First, we downloaded the Osmo world app and got Jax all set up with his account. You snap your device right into the Osmo base then take the red little camera and clip it on top. Make sure you’re in a well lit area and basically your work space is between you and the iPad with the camera capturing everything you’re working on.

Jax really liked the look of the tangram pieces and wanted to start with that. Essentially they are different shaped coloured puzzle pieces that you must match up to the pattern you are seeing on the screen by placing them accordingly in front of you on the table space you are working with. When you get each piece right it lights up, and when it’s complete it comes to life and you get your points for completing the puzzle.

So Many Games, So Little Time!

We likely would have spent more time on this, but seeing as it was our first time with the Osmo, we were excited to discover the other games. Jax is pretty fond of math. He’s quite proud that he can count to 100 now and is really quick at addition. Naturally he wanted to work with the numbers next.

For the numbers, you’re provided with number tiles in numeric and dice format. I couldn’t wrap my head around how Jax was getting it so quickly when I didn’t know what was going on. Turns out, he has played this game at his school last year in Junior Kindergarten so he was telling ME how it works. I thought that was pretty funny and cute. We worked with the dice numbers and he had to place all the appropriate dice on the table to make it equal the numbers you see on the screen in a fun interactive game format. Next time we’ll try the numeric numbers.

The Newton game was fun and it combines physics with creative problem solving. The object of the game is to guide falling on-screen balls into targeted zones. There are 60 levels and as you advance to various levels you are challenged with bouncing balls, accelerating platforms, and fans!

Next up letters! The letters game allows you to play solo or with two or more players and as with all of their games you can choose your level (easy, medium, hard etc). Since Jax is five, we started with easy level, and we can work our way up with more practise. We took out the tiles which are double sided with lower case on one side and uppercase on the other. The screen shows you an image with letters missing and using your tiles on your workspace in front of you, you must complete the word. I think it’s going to make learning to spell and read a lot more fun for Jax, especially while he’s in virtual learning temporarily.

Last but not least was the Masterpiece game. All you need is a blank sheet of paper in front of you tucked under the stand and your choice of writing tools. Jax chose to use his markers. The program allows you to choose from a bunch of templates to draw but we didn’t get a chance to try any of those because he quickly noticed you could take a photo and turns out it transforms your photos into traceable outlines to draw. He thought this was the coolest and proceeded to photograph and draw his LEGO mini figures, dinosaurs, hot wheels, and more! We didn’t get to it but there is also a letter tracing option which will be handy!

We were familiar with how to get it all set up, so we got started unboxing to discover the Osmo base with the camera for your tablet, 38 silicone Sticks & Rings (BPA free, durable, dishwasher-safe silicone), and 19 Costume Pieces both in their own handy stackable storage which also stacks in line with Jax’s pieces. It also includes a silicone play mat to put down on your workspace and this is where you place all the pieces.

We started with the Squiggle Magic game which requires the Sticks & Rings. Even Jax wanted in on the Little Genius fun since it’s different than his. He can also borrow his brother rings for other games on his own Osmo. For Squiggle Magic you have to replicate the character (fish, robot etc) on the screen by building it using your sticks & rings. You could see the wheels turning and he was loving it. Jax was happy to help as well. Once complete, you press a button and your character comes to life. Hudson was quite proud of himself when he completed each task.

Next while we had our Sticks & Rings out we switched gears to the ABC game with Mo the Monster. Friendly little guy that teaches letters that you have to build with your sticks, while you’re at it they are able to learn over 300 words! I can see this is going to be very helpful to prepare Hudson for Junior Kindergarten next Fall.

The Costume party game lets your imagination run wild with a base body that can be dressed up from head to toe with almost endless options. A virtual dress up party which also incorporates creative colour changes and more.

Last but not least we dove into the Stories game with Mo the Monster where Hudson had fun mixing and matching costumes to find silly solutions to obstacles and navigate awesome adventures.

By this time Jax had pulled out his own Osmo and was back at it with the math and tangrams. Little do they know they were learning – while having so much fun!

I still feel like there is a lot to learn, but the manuals are great and available for all the games and more at playosmo.com. We are now super curious about all the other games, so I’m officially roped in and with the boys having birthdays early on in the New Year, additional games will be perfect. Also great is that as a parent you can see how your child is progressing through the the parent app. 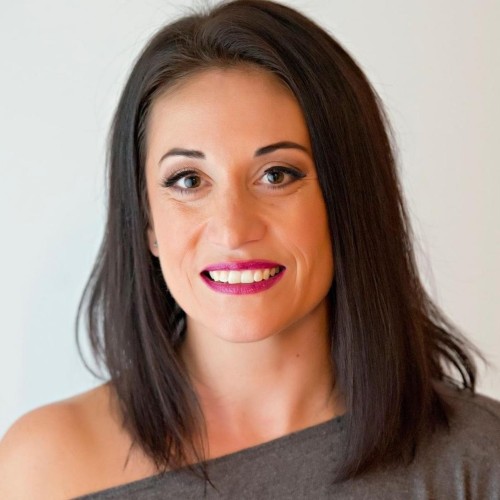 Naomihttps://www.naomibianca613.com
Born and raised in Ottawa, I’m a wife and mom of two beautiful toddler boys that keep me busy having fun at home and running all over the city exploring new adventures. I studied Communications and Marketing at Carleton University which led me to a Marketing career in the Shopping centre and Real estate industries. That led me to selling homes. I’m currently employed in my hardest and most rewarding role of all, as a Stay at home mom. I love being a mom and am a huge kid at heart, hence why I love taking my kids to everything and experiencing all that this city has to offer. I’m fun loving, love shopping, reading, and watching movies. I also am a dog lover and have a beautiful German Shepherd Nika.