Lightning McQueen is back in Disney/Pixar’s Cars 3

In Cars 3, Lightning McQueen is up against a new breed of technologically advanced race car. Will he beat the odds and these faster rookie racers?

Lightning is in an unusual situation, he is no longer the fastest car on the track. The newest race cars, lead by Storm, are faster and better trained with the latest cutting edge technology.

McQueen gets a new training facility and trainer, Cruz Ramirez, who tries to coach Lightning with the latest technology. He resists the change and decides to continue with his unconventional training methods. This gets them both in some odd and sticky situations.

The movie features all of McQueen’s friends from Radiator Springs, with just the right amount of Mater. Doc Hudson is a large portion of the movie. It does not follow the typical comeback story. The rookies are passive aggressive rather than straight up mean, opting for backhanded comments and mind games. The only scary portion, for my daughter, was a little later in the movie when Lightning is in danger but the source of danger is quite absurd and the scene doesn’t last very long.

Those new to the series or don’t quite remember Cars 1 or 2 will be reminded of everything they need to know via flashbacks. My family was entertained and enjoyed it. We were pleasantly surprised by the story that was told and the direction the movie went. I don’t think it will be on repeat for a month, like some of the other Disney/Pixar movies from recent years.

Will Kachow prevail and beat the rookies? Will he protect his brand? Or is this the end of his fabulous racing career?

Have you seen the Disney/Pixar’s Cars 3 yet? If yes, how did you like it? 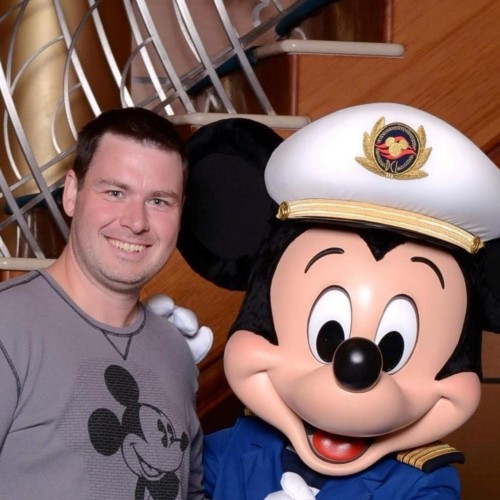 Jérémiehttps://jeremieatpuremagicvacations.ca
My name is Jérémie Laviolette. I am happily married with 2 little princesses (8 and 10). My love for Disney started when I was a little kid watching all the classics. My first visit to Walt Disney World was fairly late in life at 27. Since that first visit in 2010, our family goes back every chance we get. If we aren't at Walt Disney World Resort we are usually at sea with Disney Cruise Line. After planning numerous family trips as well as many trips for friends, family, and co-workers, I decided to do it for a living. I am now a travel agent that Specializes in Selling Disney Vacations with Pure Magic Vacations, a Canadian Disney Earmarked travel agency that charges no service fees. I will help you with every aspect of your Disney vacation, including but not limited to: answering all your questions, picking a resort for your family, suggesting and making dining reservations, and providing detailed daily itineraries.

18 Awesome Easter Treats For The Family

Ideas For Outdoor Play Toys For Your Backyard