How To Pick The Right Hotel For Your Sports Team 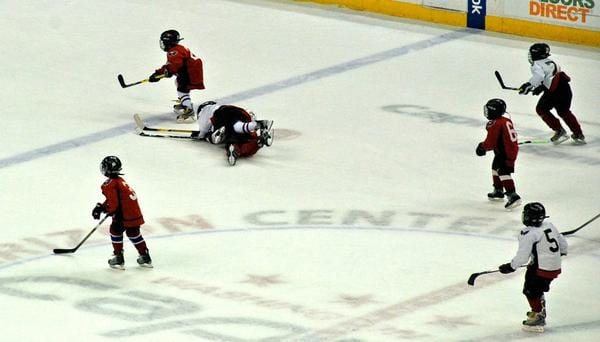 The team is on the road, and has a big game coming up tomorrow. As a coach or manager, you want to get the athletes settled into their hotel rooms before bed check, so they can get plenty of rest. You need a hotel that is friendly toward sports teams, and has the right facilities to keep the athletes entertained and well fed until bed time.

Comfortable rooms. The rooms will need to have queen or king sized beds, for those large sized athletes. If those rooms have some kind of movies available, it will help the team settle down early. A hotel that can accommodate a large block of rooms in one area will help the coaches make sure everyone is accounted for at bed check.

What about food? A whole team of athletes will go through a lot of food – as the coach you’ve seen that many times. The hotel where you stay has to have an in house restaurant – you don’t want the hassle of loading the team back on the bus to go somewhere for meals. If the hotel restaurant has home style cooking, like the one at Accent Inns, you know the players will get lots of good food that will help them carb up for the game, and not upset their stomachs. You don’t want to be in a hotel that only has some exotic menu that the athletes won’t eat.

What about WiFi? As a coach, you’d prefer to take away all iPads and other internet choices for the team, but for a lot of the players, surfing the net is their way to settle down, so you want to make sure the hotel has WiFi available. It’s just another amenity that will make your life easier.

A peaceful atmosphere. The players will be jittery before the game, and if they win, all excited when the team comes back to the hotel after the victory. You don’t want a hotel that’s in the middle of a party zone where the players will get even more stimulated and noisy. The hotel will need to be a quiet place – a family atmosphere, where the players feel at home and peaceful, and are encouraged to be quiet and settle down.

Other amenities. A sports team has a certain set of requirements for the facilities at their hotel. The trainer will want a hotel with a laundry – he will have a lot of dirty uniforms to clean up, especially if the team is on a winning streak and there are additional games to play. If there is a workout facility that restless players can use to bleed off some pre-game jitters that would be great too. Parking – does the hotel have enough room to park the team bus? You don’t want to be driving around trying to find a place to stash the bus for the night.

Looking out for the costs. The players don’t see anything about costs – they just eat a lot and settle into their rooms to think about the game. But the coach has to worry about the money side, so finding a hotel that has team rates is a big factor in choosing where to stay. Does the hotel provide a break for a large number of rooms, booked for several nights? Teams play regular schedules, so you’ll be coming back to this area a lot. Try to find a hotel like Accent Inns, which has a frequent stay program for a sports team. If you get to cash in on each stay, that saves the coach and the program money, which is always a bonus.

A familiar place. With all the right amenities and atmosphere, the team can stay at the same hotel for each away game. The players will settle down more if they’re in that familiar place and already know the lay of the land. If they know the menu, the workout facilities and that they will be in comfortable rooms, it will allow them to be better prepared for the game. If the team travels to different locations, and they have that same brand of hotel available, it makes life on the road just that much easier.

For a team coach, life is all about making choices and decisions. If your team has a familiar and comfortable hotel for away games, that’s just one less choice the coach has to make. The coach rests more easily knowing that the lodging item has been addressed, and his team will be well rested, fed and prepared for the big game – which is what a coach really wants out of a great hotel.

Carol Atkins is a freelance writer for AccentInns.com. She has been traveling the world for much of her life and enjoys of all types of adventures including island hopping, cruising, hiking and being lazy on the beach J. Follow her on Twitter @atkins_carol

Previous article
Simple Summer Snacks That Keep Kids Going!
Next article
Getting Ready for Back to School Routine & a Breakfast Smoothie Recipe #Yop