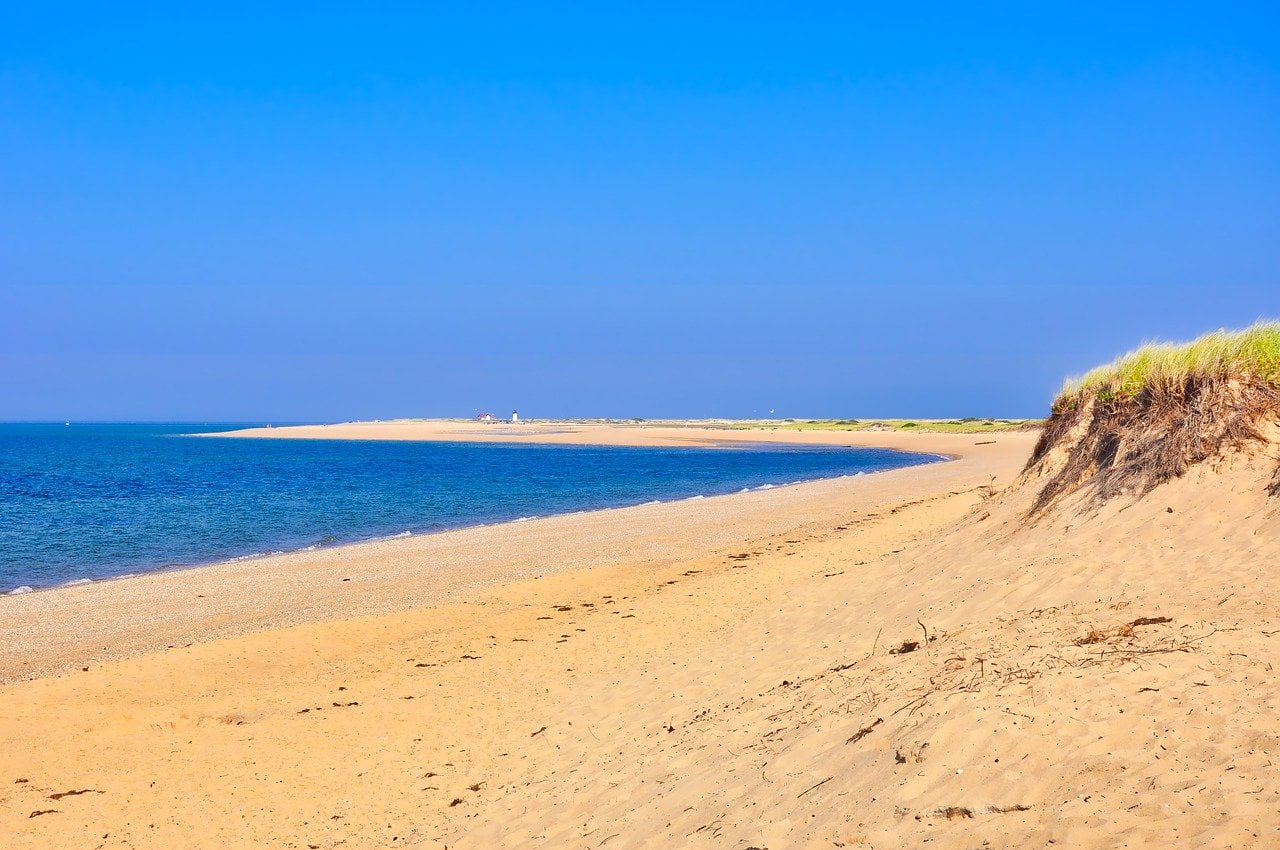 5 Best Places to Visit in Massachusetts

Massachusetts is the state of New England coastal resorts and beaches, the big city culture and excitement of Boston, and the historical richness of the colonial and Revolutionary War eras. Keep reading to find the 5 best places to visit in Massachusetts!

Best places to see in Massachusetts

Some of the prime examples of sites worth seeing and experiencing if you visit Massachusetts include:

There are few cities as important as Boston in American history. The Freedom Trail is a self-guided walking tour of historically significant sites, two and a half miles if you walk the whole route, starting at the oldest public park in the country Boston Common, and ending in neighbouring Charlestown at the Bunker Hill Monument and USS Constitution.

The Trail includes a total of sixteen marked stops, including the centuries old Granary Burial Ground where Paul Revere is interred, the original 1635 site of the Boston Latin School which was the first public school in America, the Old South Meetinghouse where the Boston Tea Party was planned, and the Old State House built in 1713.

Founded in 1638, Harvard University is by a wide margin the oldest academic institution of higher learning in the Americas.

Martha’s Vineyard is definitely one of the best places to visit in Massachusetts! Since the 1800s Martha’s Vineyard has had the reputation as the summer retreat for the “beautiful people” (or rich people anyway) of New England. Located to the south of Cape Cod, it is the largest island on the East Coast that is not connected to the mainland by tunnel or bridge. (Access is by ferry or plane.) With a year-round population of 15,000, and a summer population that can reach five times that, Martha’s Vineyard truly is a seasonal destination.

Enjoy wine tasting, biking, canoeing, sailing, windsurfing, and more during your time on the island.

With a cost of living 60% higher than the national average, and housing costs close to double the national average, to some extent it lives up to its reputation as a playground for the rich. But it is not impossible to enjoy Martha’s Vineyard without spending a fortune. Lodging ranges from the sky high to the tolerable. The same is true of restaurants. And certainly one can enjoy swimming, relaxing in the sun on one of its picturesque New England beaches, or strolling through its quaint towns window shopping and people watching, and spend little or nothing.

The name Sam Adams is nowadays probably associated more with beer than with the Founding Father and brother of our second President.

Located in the Jamaica Plain neighbourhood of Boston, the Sam Adams Brewery offers Tour Experiences from Thursday to Monday, taking you behind the scenes of the brewmaking process, and, yes, there are plenty of samples. There is an admission charge, so please check their website for more information.

Also in Boston, if you want to make it an all-alcoholic themed day, why not stop by the former Bull & Finch Pub in the Beacon Hill District, now renamed “Cheers” after the television show it inspired?

At the outskirts of the Boston metropolitan area, about forty miles west of downtown Boston, Worcester is roughly tied with Providence, Rhode Island for the second most populous city in the New England states.

One of the main attractions in Worcester is the Worcester Art Museum, which houses over 35,000 works of art. Among the many highlights, the Museum’s exhibits include works by Cezanne, Gauguin, El Greco, Monet, Picasso, Rembrandt, Renoir, and Van Gogh, as well as Asian and Greco-Roman art from the ancient world. The Museum also puts on classes for both adults and children.

The Worcester Art Museum is closed Mondays, Tuesdays, and major holidays. There is a special FREE admission to all visitors on the first Sunday of each month from 10am to 4pm.

18 Awesome Easter Treats For The Family