April 10, 2014
by The Modern Mom
FacebookPinterestSMSYummlyShare 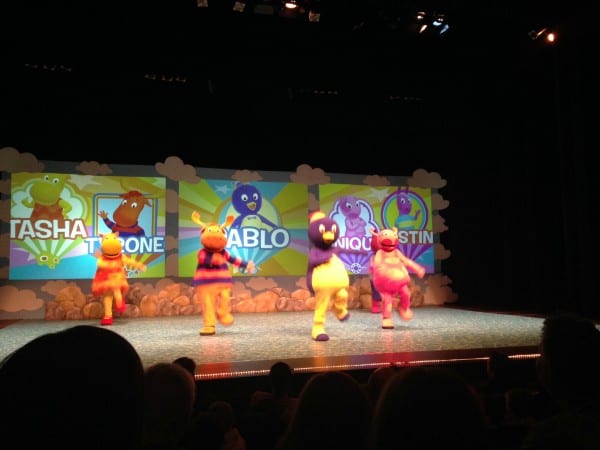 Did you hear about The Backyardigans?  They were in Ottawa last Sunday and we were so excited to join them in their Sea Deep In Adventure live, on stage, at the Centrepointe Theatre.  It was the first time we’ve had the opportunity to see a Koba production and what a treat it was!  Koba Entertainment produce other fun family live theatrical shows as well, check out their website for performance dates and cities.  One point I would love to mention is that out of all the productions we have attended lately, I was pleasantly surprised that we weren’t bombarded with concession selling.  We did purchase snacks and souvenirs but there wasn’t all the hoopla and expense. 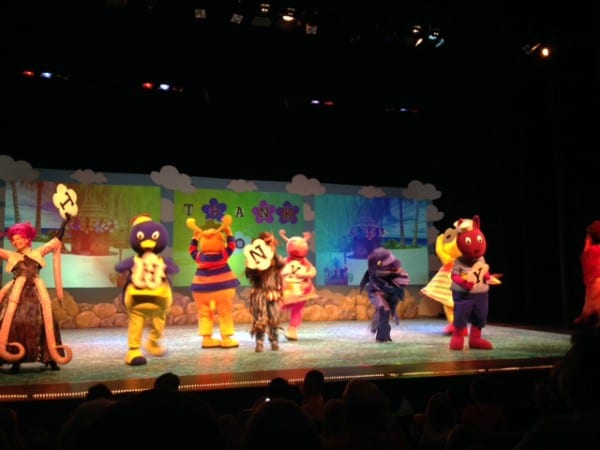 Our seats were fabulous!  My little one squealed in delight when she realized that she could almost touch all her Backyardigan friends!  Once again, I was mom of the year.  Great for taking great pictures too.

During this undersea adventure we joined Pablo, Tyrone, Tasha, Uniqua and Austin as they brought the stage to life with their singing and dancing.  If you don’t know who these cute little critters are:  Pablo is the enthusiastic little penguin; Tyrone is the sensible little moose who is also Pablo’s best friend; Tasha is the girlish hippo who loves to wear her flowered dress and red mary janes; Uniqua is the sweet purple girl who is often playmates with Tasha; and Austin is the little shy boy kangaroo.   Or just ask any preschooler and they will telly your exactly who each Backyardigan is!

Keeping the kids tuned into this theatrical performance was easy, the stage was set in  spectacular colours and 3-D effects.  Watching the story to come to life before our very eyes was amazing.  Even the grown ups were having a great time! 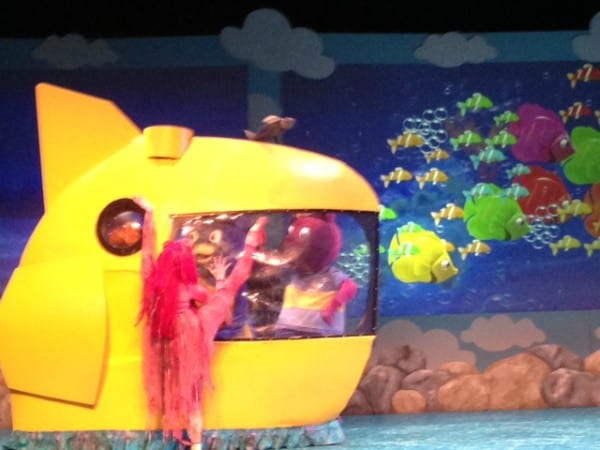 Watching her favorite five on TV is one thing, but experiencing the Backyardigans live was a whole other ball game! The excitement built as the bossy clean freak lady octopus arrives on scene!  She doesn’t want anybody in her garden!  She doesn’t want anyone messing her garden either!  The Backyardigans come up against this octopus and two messy, but cute dolphins.  Who do you think won the battle of wits?  Of course, you know good always wins.  The Backyardigans save the day and become friends with the too-tidy octopus!

I can’t wait to attend another Kobo Entertainment production!  My family and I thoroughly enjoyed our evening with the Backyardigans!

Disclosure:  I have received complimentary tickets to review the above performance.  All opinions and pictures are my own and as always, honest. 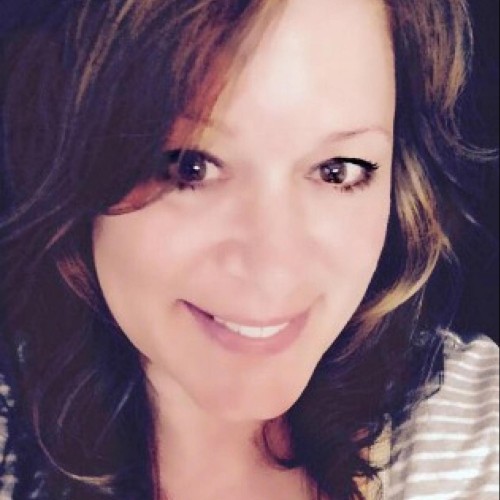 The Modern Momhttp://www.themodernmomblog.com
Hi, my name is Dawn, Community Manager, Social Media Expert and mom. My career went from working as a Senior Administrative Assistant at a high tech company in Ottawa, back to college to become an Early Childhood Educator, throw in a year of Decorating and Home Staging at an Ottawa design school to being in the health care field. My passion is writing and always has been through every stage of my life. I reside in a small town in Ontario and love to network with other parents through Twitter, Facebook and Pinterest. If I am not being a mommy, I am blogging or hanging out at one of the many social media sites. Sometimes multi tasking and doing all three! I enjoy the outdoors, curling up with a good book, yoga and all things mom.

The Best Things About Getting Older

How To Keep Long Hair From Tangling At Night

Why Every Breastfeeding Mom Needs the Right Nursing Bra