Pirates. My family loves them! They having pretend sword fights, trying to find illusive buried treasure, and saying “Arrrrrrrrr!” while they do it all. The one of the aspects of pirate life we have yet to experience is getting to sail the open seas to put all of our “pirate skill sets” into play. We were asked to put our pirate practice into play by going an adventure with the crew at Pirate Life In Ottawa, and we could not wait to set sail!

Pirate Life In Ottawa is an interactive pirate-theatre cruise that takes place on a pirate ship on Mooney’s Bay. Everyone joining in on the action get to take part by dressing up in pirate garb and helping the pirates on the ship on their journey. There are trips that are spoken in either English or French, so you can sail in the preferred language of your choice.

After checking in, we were able to take in the beauty of the area in one of the “pirate-themed” party tents to get out of the sun until the action began. It was nice just hang out and look around to see what we were about to ship out.

It was dress-up time! Two members of our Pirate Life In Ottawa crew, welcomed us to the day’s adventure! We were then each given a pirate name so we would become fierce pirates. Besides being a pirate, there are options to become a pirate mermaid or a pirate princess. Out of all of my family members, our little guy looked the most like a pirate.

Once we were all sporting our pirate gear, it was time to hit the high seas of Mooney’s Bay! We were directed towards our sailing vessel. It was such a gorgeous ship and it was fun to board. My kids were both excited and a bit intimidated at the size of the ship, but once on board, they liked it a lot.

As we took our seats, we were introduced to the final Pirate Life member of our crew, the Captain. I was pleasantly surprised to see that we were going to be sailing with an all-woman crew! She looked imposing, yet fun, too. As we started our pirate adventure, Cutlass Kate, Pearl and The Captain told us about the treasure we were going find and the story behind the treasure.

The crew was really interactive with us new members of the ship. They made sure that each of the younger members became involved in some aspect of our journey, from asking the kids questions; to having them help get rid of evil Pirate Pete, a pirate who was trying to stop us from finding the treasure, to learning pirate song and dances. 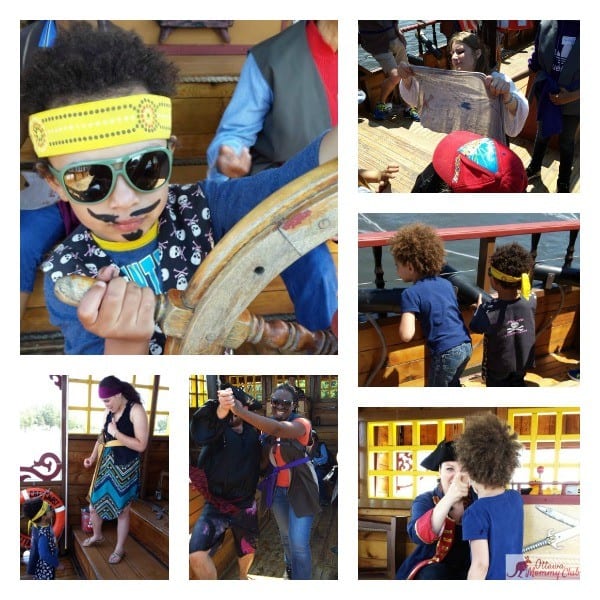 One of the best parts with Pirate Life In Ottawa had to be the pirate fight between Pearl and Pirate Pete. It was fun to see a pirate sword fight, then to see them switch to a, um, less traditional form of combat.

At the end of our journey, we found the “X” that marked the post where our treasure was hidden. We hauled it on board and opened it the chest to find it full of gold coins and other treasure the younger members of the crew would enjoy!

Once back on shore, we then ventured in to the gift shop where we were finding our own piece of treasure to take home. 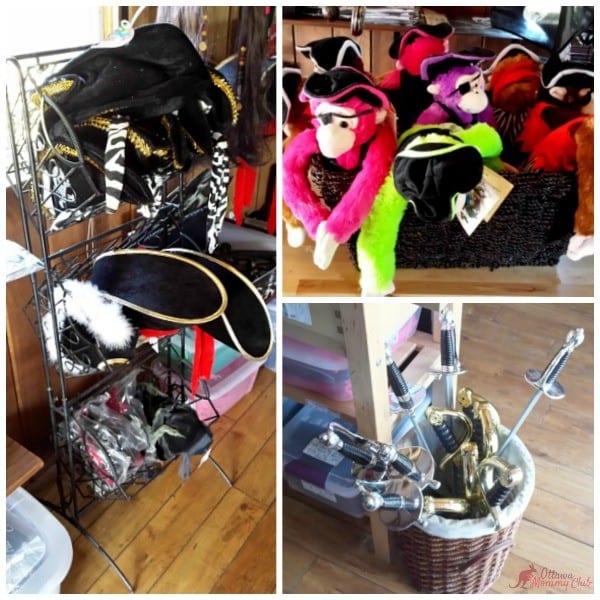 We had an amazing time aboard the Grey Ghost as part of the crew during our time at Pirate Life In Ottawa. We got to dress-up as pirates, sail along the Rideau River on a pirate ship, and be a part of a pirate story that had action, mystery and comedy. My family really enjoyed this experience, and my kids are constantly asking to go on their next adventure.

For more information about Pirate Life In Ottawa, you can visit their website.

Disclaimer: I received a complementary trip for my family at Pirate Life in Ottawa in order to write this review. All opinion expressed in this review are my own.