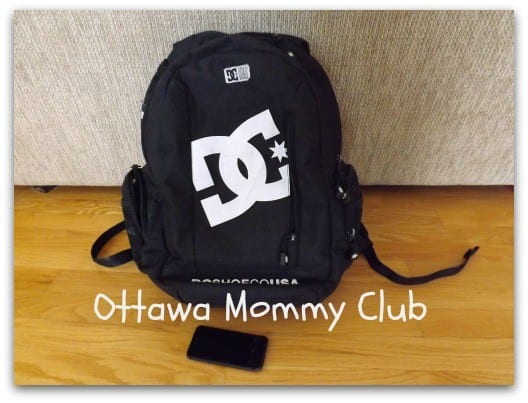 PinOnly 3 weeks before my son starts Grade 10! He attends the French Catholic School board, so they actually begin their classes the last week of August. He definitely has become the typical teenager at 14 years old. He wants to go to bed late and doesn’t get up until 11 am the next morning, he loves to sit around and not do much except to play his video games or recreational soccer, and he says school is so demanding while summer is meant to relax and not do much. I do remember how awkward those years where and how my mood swings and temperament would be like a yoyo. His hormones are kicking in full gear and so are the growing pains. It’s a good thing that we have been busy with family outings and gatherings, which have kept him fairly busy for the past 6 weeks.

With back to school fast approaching, I know the trials and tribulations that I will go through once more to get him up and ready to head out the door to go to school. In the evening, I will hear again ” Why do I have to get to bed early when I am not tired, but have to get up early when I am?” That one cracks me up! I seem to be running around after him all morning to make sure that he is up, fed, dressed, and out the door on time while I have to put the final touches on our morning routine by getting the lunches ready, preparing breakfast, and cleaning up the kitchen.

I am planning on being proactive and start our back to school routine on the right foot this year. He doesn’t like to use an alarm clock to get up, so I go in his room and wake him. I head back to his room five minutes later to tell him to get up, and again and one more time before he actually does it. I do have to say that I like waking him as he is so precious when he sleeps and I always get a hug and a kiss, but I dislike being the drill sergeant. Nevertheless, in a week, he will get into the habit of putting on his alarm, setting it up to be out of bed by 10 am with a buzz after 10 minutes, and schedule the following week at 9 am, so he can get use to waking up at an early time. Therefore, by the time school starts, he will be into the habit of using the alarm. We need to go back to our regular school routine the week before school starts, because if we don’t the first week back will be so brutal!

One step we try to help him with is making sure he gets a head start in the evening by having his school work, supplies, and cell phone in his bag, and selecting his clothes that he will wear the next day. Easier said than done! He somewhat helps out with making his lunches, but this year, he will also include completing this task in his evening routine. Wish me luck!!!!! Soon, we will talk more in depth as to what he would like to eat and bring in his lunches. I definitely want to involve him more into the lunch decision making hoping he will be more interested in helping out. After all, he took Cooking classes last semester, so he knows how to prepare food. 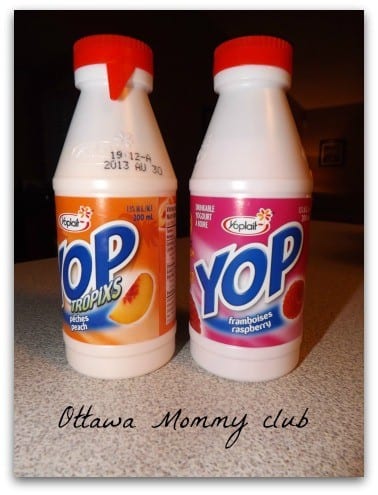 PinBreakfast is also another dilemma, since he is not that much hungry in the morning, so we seem to end up spending more time discussing what he would like to eat than we definitely should be, and end up cutting short on his time eating. He just wants a toast and orange juice. Breakfast is the most important meal of the day, especially since you haven’t eaten in at least 12 hours and need to fuel up again for the day. I would like for him to have a protein and a dairy product to keep his strength up at school and because he is in his puberty and his body is growing so rapidly. Peanut butter and a Yop are his favourite choices in the morning. He also enjoys drinking Yop at school, especially after gym. I put a small ice pack to his lunch bag to keep it cool. I actually bought him Yop for his snack when he comes back from school. Not only does it contain such essential nutrients as calcium, vitamins D,B12 and B2, and magnesium, but it’s also a great source of energy. He doesn’t like to spend too much time preparing a snack, but I like it to be nutritious, so this is a good compromise. They are available in 7 different flavours with a new one coming soon, the Orange Blast:

You can also visit the Life Made Delicious Facebook Page!

This is an easy recipe perfect for a school day, a Breakfast Smoothie!

The challenge is to have him take his responsibility for getting up and being on time in the morning, and making him accountable while still supporting him. We have established rules that have real consequences, such as taking away his video game remotes or cell phone if he keeps procrastinating, but it only works for a certain amount of time. Leaving it up to him to do it or figuring it out on his own didn’t work very well since he still needs to be guided. I have to say that, if he is late, we will not justify is tardiness at school does get him to move faster, as this means detention!

How do you get your kids to be on time for school or what is your morning school routine?

“Disclosure – I am participating in the Help YOP Help You Blogger Campaign by Mom Central Canada. I received compensation as a thank you for participating and for sharing my honest opinion. The opinions on this blog are my own.”